We are excited to launch Amplication v1.0, the production-ready version of our backend development platform, packed with features that will help individual developers, teams, and organizations build faster and better, and just code what matters.

We’ve come a long way in the two years since we launched Amplication as an open-source project on GitHub. In that time, Amplication has been adopted by tens of thousands of developers worldwide, we’ve built a community of more than 3000 developers on Discord, and have more than 100 contributors on GitHub.

Over this period, the immediate feedback loop, ideas, and contributions from our open-source community helped Amplication get better and better with each release. Amplication now has the capabilities required to help individual developers and emerging startups, as well as the advanced features, robustness and scale that are so important to enterprises.

We built Amplication so developers like us could focus on coding the parts that matter rather than get distracted by repetitive tasks and boilerplate code. 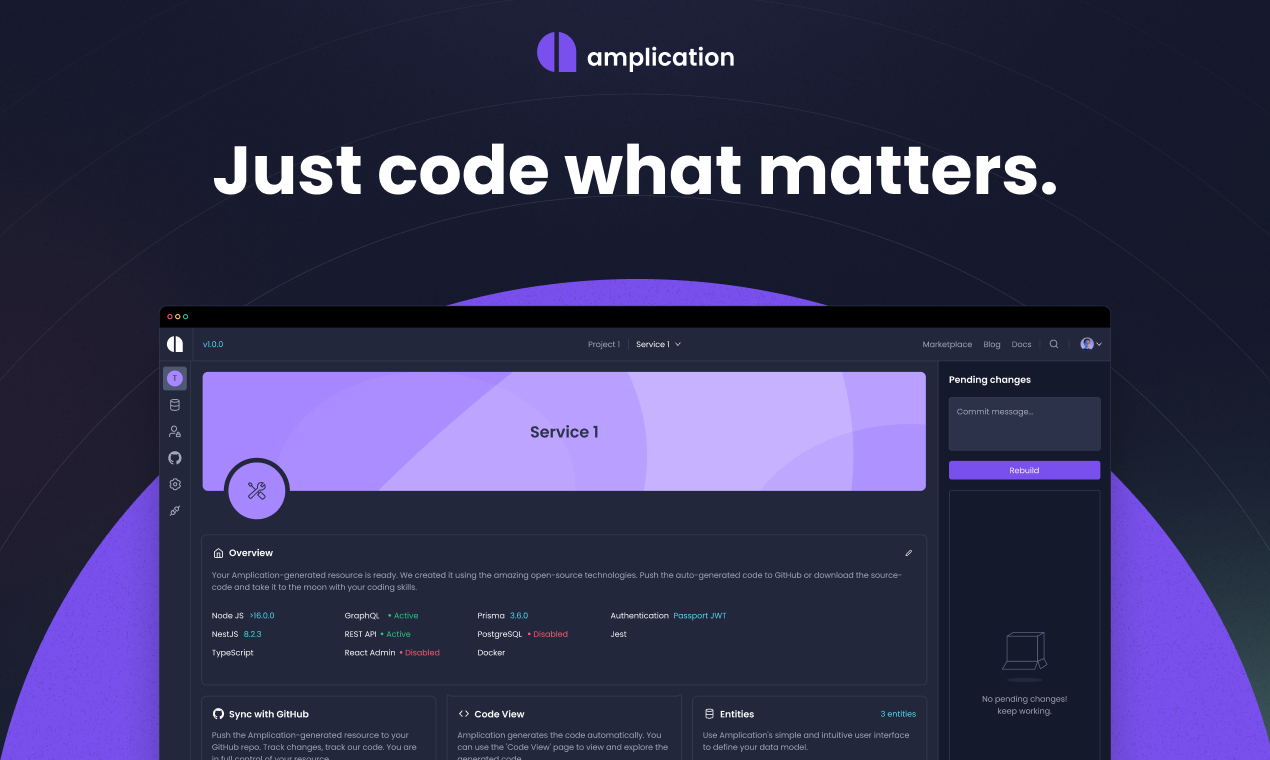 Amplication is an open-source platform that lets you easily configure your backend services, by generating a human-readable and editable TypeScript Node.js codebase. The generated code includes everything you need to start writing your business logic.

Amplication continuously generates the code based on changes in the schema and configuration, then pushes the code to a GitHub repository to allow developers to edit it further based on their needs.

Generate fully-featured, production-ready, GraphQL and Rest APIs for all your data models. 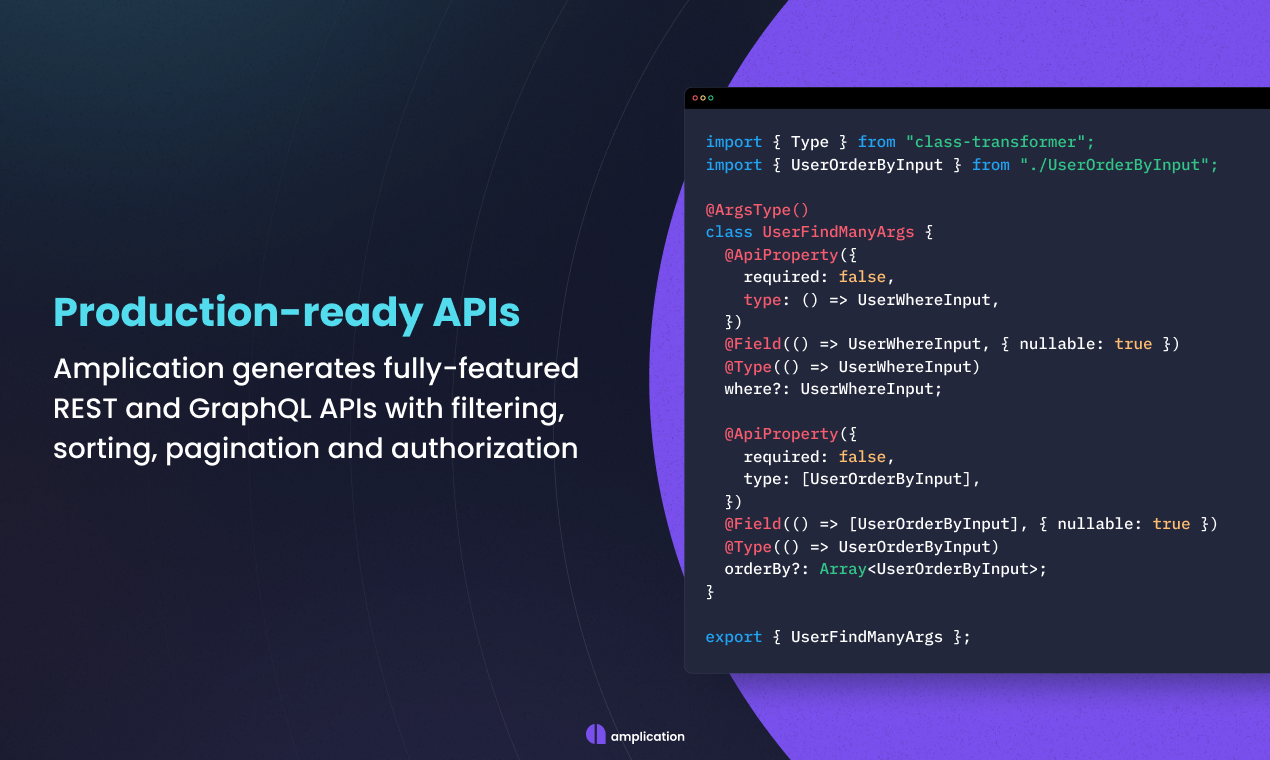 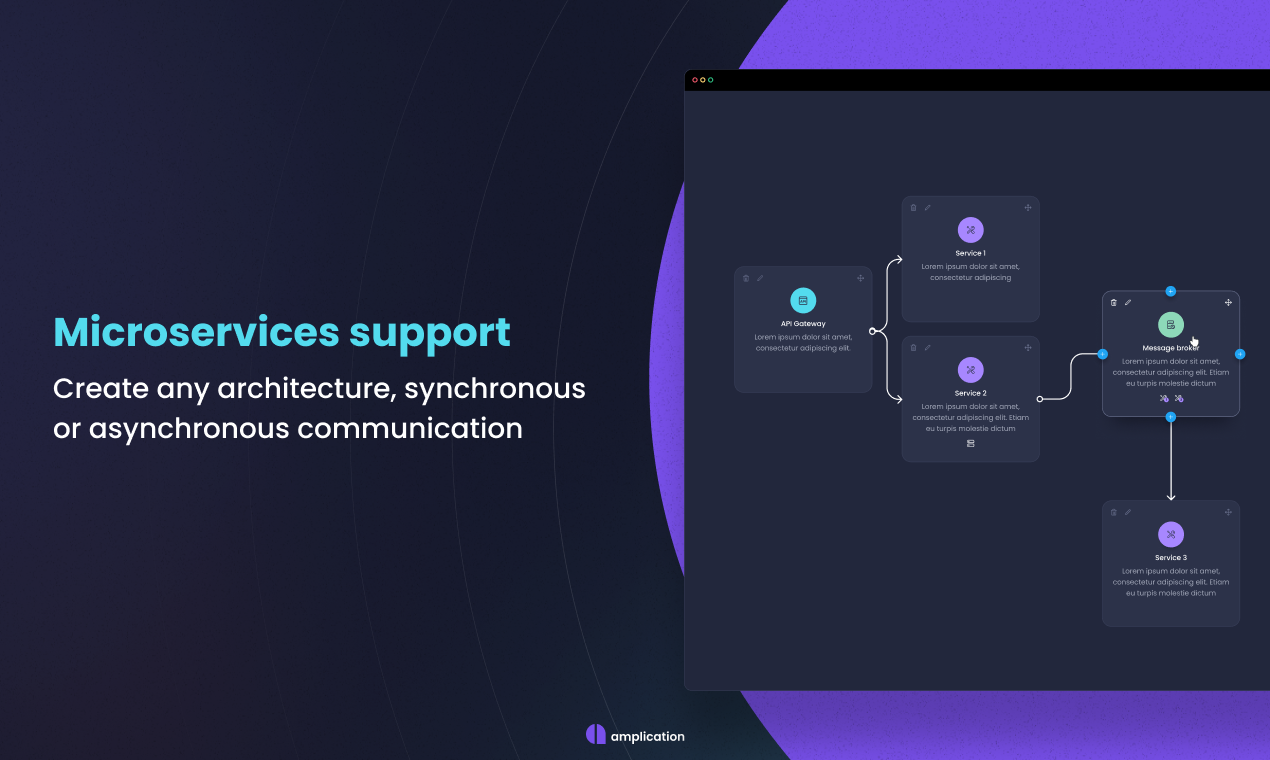 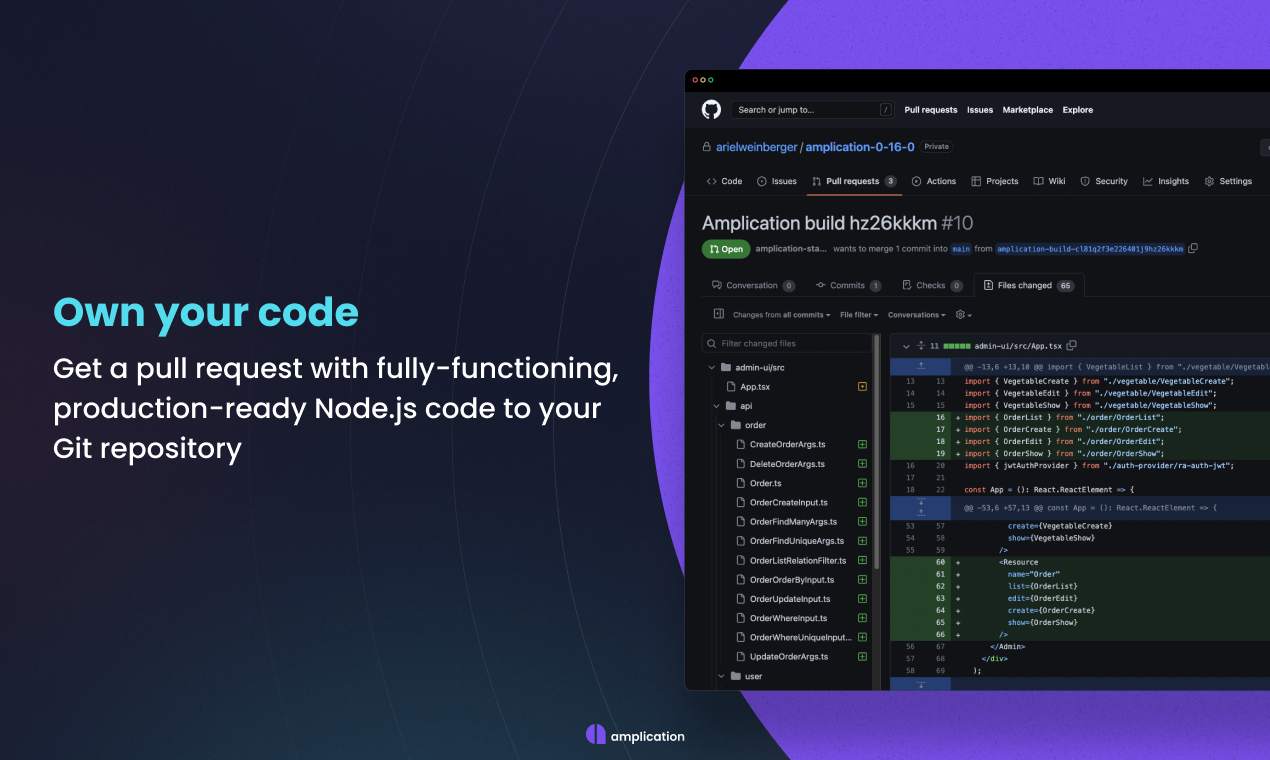 Use community-built plugins or create your own.

Customize and modify your generated code, with ease. 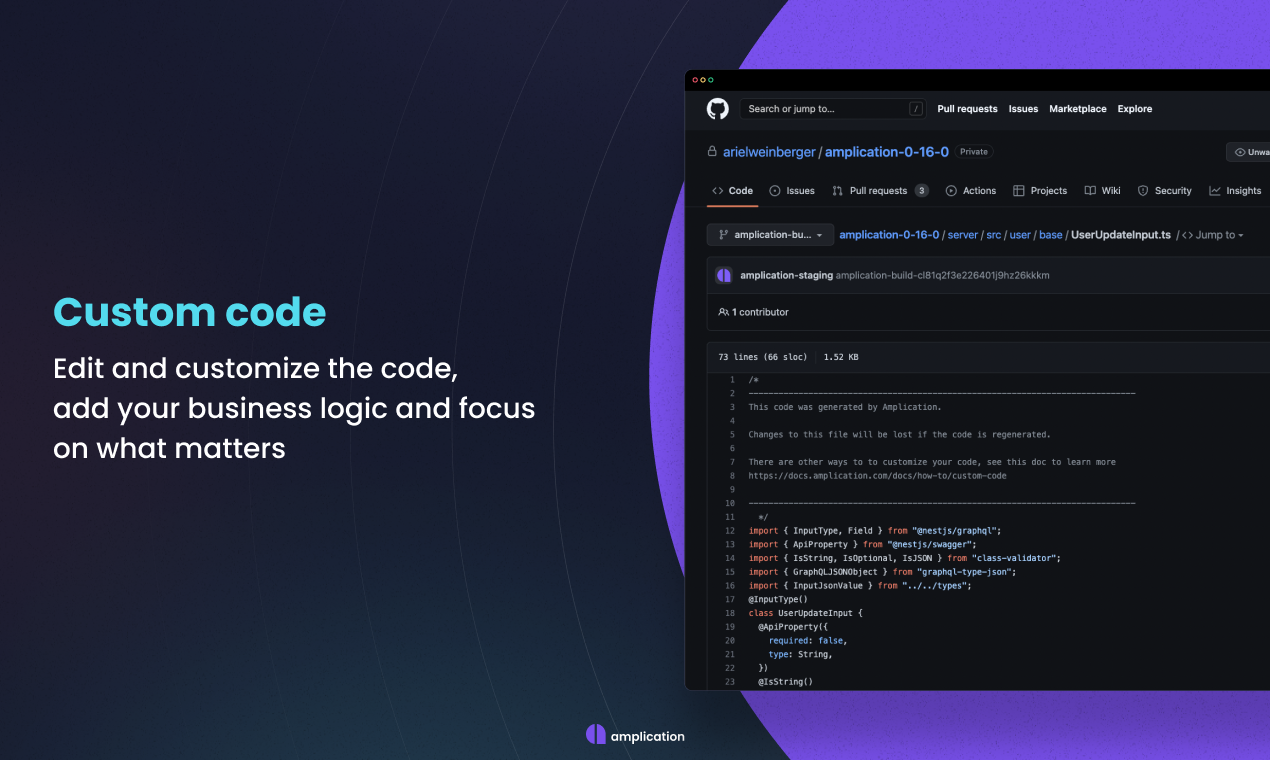 Generate a Docker container or use plugins to connect to CI/CD tools & cloud providers.

Use the Amplication console or Command Line Interface (CLI) for fast app generation.

What is new in Amplication v1.0

V1.0 includes many new features and improvements. Some new modules such as microservices support and the plugin system will make it much easier for larger teams to build apps in scale and better control the generated code. Other features will help large teams collaborate on bigger projects with monorepo and custom sync flows.

Amplication V1.0 is production ready. That means we are now able to scale up to meet the requirements of enterprise users, offering support for large scale solutions that can be worked on by multiple developers. This is made possible by the Amplication modular service creation and the introduction of message brokers that enable communication between different Services. Functions such as viewing code and GitHub sync are performed at the Project level which further enhances the Amplication platform’s ability to work at scale.

Amplication v1.0 incorporates a Plugin architecture that enables anyone to develop their own plugins to implement standards, best practices, custom integrations, and virtually anything in the generated code. Developers can use plugins created by the community or create their own.

The plugins currently available in Amplication include support for Kafka, MySQL and PostgreSQL databases, Passport JWT and Passport Basic authentication, and the list is growing.

You can see the available plugins on the Github plugins repo.

Amplication is available in Community and Enterprise editions, each with its own licensing model.

Note: Amplication remains fully committed to open source and will ensure that it continues to evolve with powerful new features. As we extend our Enterprise Edition, we will ensure that this does not conflict with our open-source project.

Read the docs for more details about Licensing.

To get all the information you need for working with the Amplication platform, click Docs.

Amplication is an open-source development platform, and our community and contributors are an essential part of Amplication. Join us in shaping the future of software development.

There are many ways you can contribute:

If you want to get involved, head on over to our Discord community and start talking to other members of the Amplication community.