NestJS is a powerful Node.js framework for backend development. It has default support for TypeScript while allowing developers to code in pure JavaScript. For testing, NestJS provides built-in support for Jest while remaining agnostic to other testing tools if needed. Moreover, NestJS makes the Nest dependency injection system available in the testing environment so that developers can easily mock components in their unit testing tasks. Testing NestJS applications is somewhat similar to other testing projects. In this post, we share the key “Dos” and “Don’ts” that will help you to successfully test your next creation and will show how Amplication helps to ease the process.

In testing, there’s a famous test pyramid to demonstrate how much effort we should spend on each testing type. The lower the test level, the more tests it should cover. With end-to-end tests, teams should only implement sanity tests or tests for critical features since they require much more effort to create and maintain compared to other tests such as unit or contract tests. 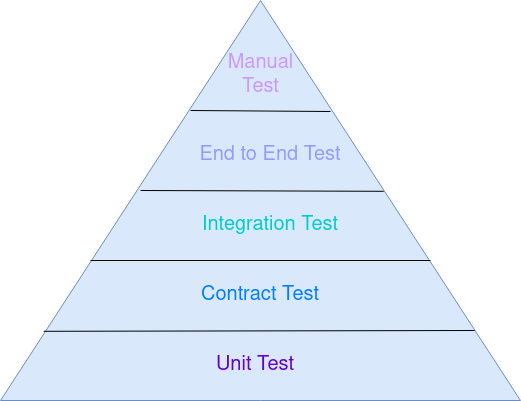 Figure 1: Pyramid showing the number of tests corresponding to the test level

Tests should be designed in such a way that they can be run in any order. Tests should definitely not depend on each other, or use the same test data, because this will lead to flaky test runs in the future when the order of the tests is changed or the tests are executed in parallel. Introduce Mocks for Minimizing Dependencies Mocking in unit testing is a must since a software project needs the unit test to quickly give feedback so that software engineers know which test is broken after code is updated. Moreover, even for integration tests like API testing, mocking should be considered because it detaches the use of third-party dependencies, which helps keep tests stable as well as speed up test executions.

Adopting best practices is great, but not enough to get the best return on your investment for automation testing. Teams should also be aware of the common pitfalls listed below.

Not every test can be automated. There are some tests we have to execute manually such as testing whether mail requests are saved to the queue system when the mail service is down or exploratory testing.

Automation for end-to-end test cases should be minimized since implementing and maintaining these is more costly when compared to other level tests like unit testing, contract testing, or integration testing.

The more efficient approach would be to try to add more tests at a lower level first, such as unit and integration testing. Then, if the team has the capacity, they can write other test cases for the end-to-end test level. After multiple iterations and careful observation to make sure automation testing runs smoothly and covers all aspects of your software’s functionality, the existing manual effort for regression test cases can be removed.

If developers have the mindset to treat automation tests just as automation scripts, the tests will end up containing duplicated code and be hard to maintain.

Instead, an automation testing project should be treated similarly to product code; it needs to follow software best practices and design patterns when implemented such as SOLID principles or page object models.

Every test has its own role in making sure software works as expected. For instance, if users type the wrong email address on the login screen and the web application shows a “System under maintenance” error message instead of “Email address does not exist,” the customer service operators won’t be able to accurately communicate what went wrong to the customer. Tests need to address negative situations, as well as positive scenarios.

Avoid creating trivial use cases for the sake of test coverage

Teams should be aware that writing tests help them to quickly identify if there are any bugs introduced after they change the code. Who doesn’t want to enjoy the summer holiday on the beach without receiving calls from the customer service team about an urgent issue in production users are facing. This is why tests should be written that align with business requirements, not just to increase test coverage.

Tests that are complicated are harder to implement and maintain. Having too many validations in the tests leads to unneeded modifications for the tests after new code is updated. Hence, only fields or web elements that are important and align with business rules should be validated in order to make the tests simple and sound.

Stay away from writing too many mocks

Having to set up multiple mocks takes a lot of time and effort. If a software team has to deal with this, it’s time for software developers to break down their classes and methods into smaller ones. Unit testing makes more sense if the size of the methods and classes in the product code is minimized until they cannot be broken down anymore.

How to test your NestJS app

NestJS has built-in support for testing and uses Jest as a default test runner. If we want to mock third-party dependencies in unit testing, Nest provides support for dependency injection so that we can easily implement the test. Check out this documentation for how to get started writing tests for NestJS projects.

The best way to understand something is to actually do it. So let’s write tests for an example application to understand how testing works in NestJS. Building a software application from scratch is a daunting task and requires quite an effort. Out of this frustration, Amplification was born. Amplication is an open-source backend development tool that helps you build quality Node.js applications without wasting precious time on repetitive coding tasks. First, I’m going to show you how to quickly build a NestJS application for blog management with the help of Amplication.

First, navigate to https://app.amplication.com/ and start creating your new application. 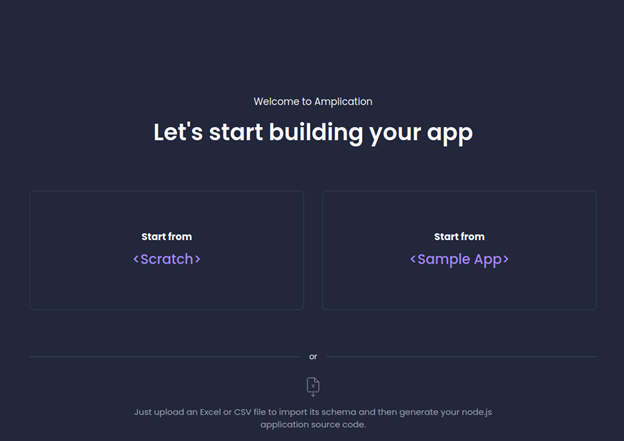 Choose the “Start from

You should be able to see the “Create a new entity” page. Our application will need two entities: a “User” entity and a “Blog” entity. Amplication automatically creates a “User” entity, which is used for storing information such as username, first name, last name, and password.

As to the “Blog” entity, we need to create this by ourselves; it includes information about the title and content of our blog.

Figure 4: The “Blog” entity is created manually with “title” and “content” fields

We’re almost done setting up our blog management project in Amplication. The only thing left is handling the integration with GitHub so that code from Amplication can be committed to the Github repository.

Next, we need to allow Amplication to have read and write access to the GitHub project repository. 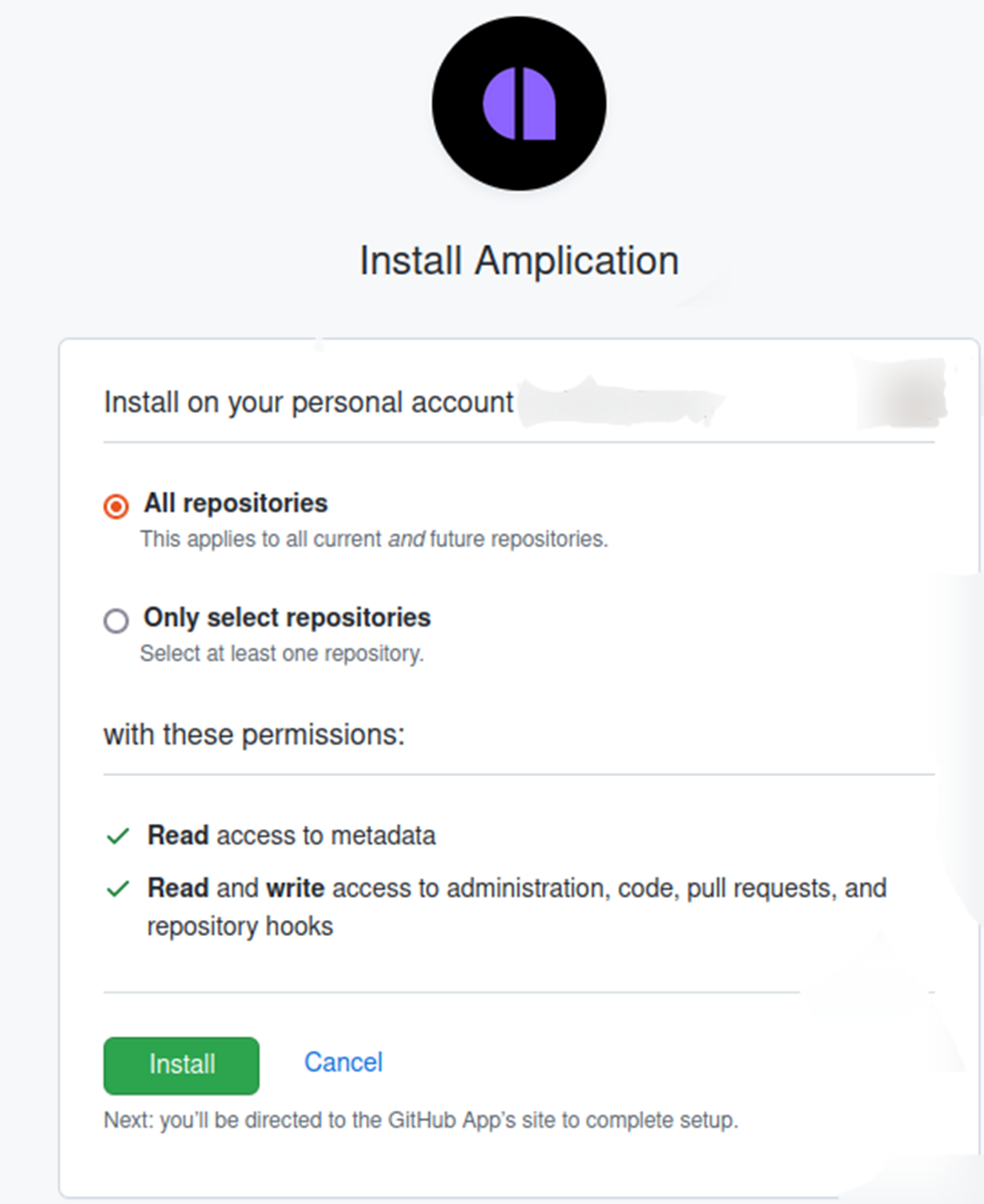 Figure 5: Integration between Amplication and GitHub

After successfully integrating Amplication with the GitHub repository and committing the changes from Amplication to GitHub, the newly generated code will be ready. 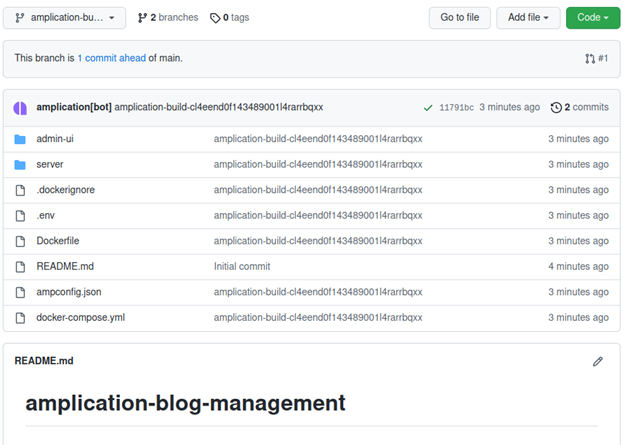 We’re now ready to clone the source code to our local machine and play with it. For details on how to run the application in the dev environment, please check out Amplication’s documentation.

Once the application is up and running in the dev environment, we can first try to get authenticated using an admin account with Postman. 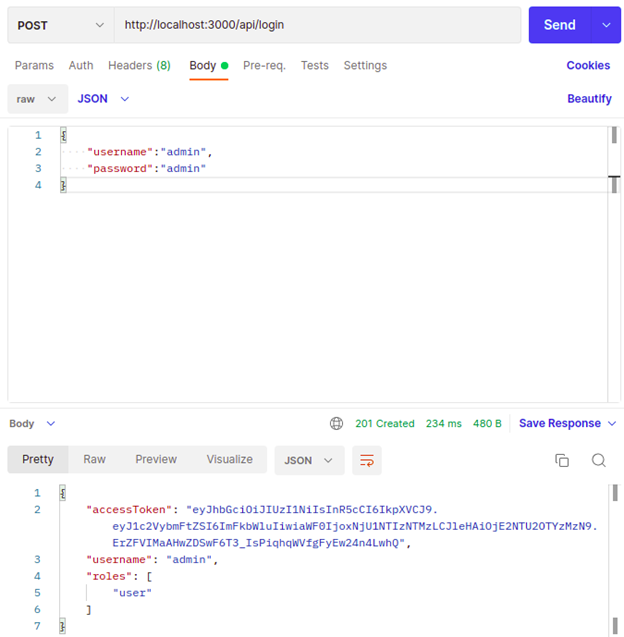 Figure 8: Demonstration of how to use token for authorization with Postman 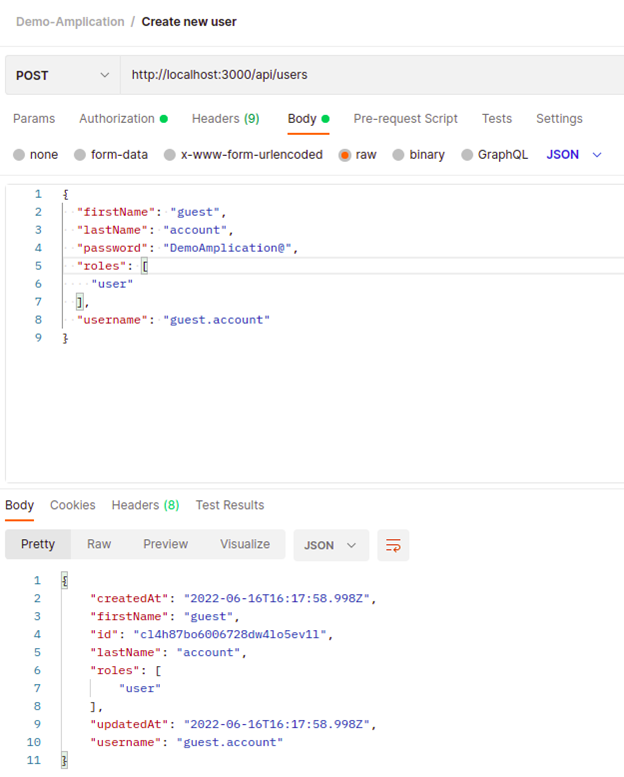 Now we have a new user account named “guest.account,” which will let you create a new blog post using its authorization header. 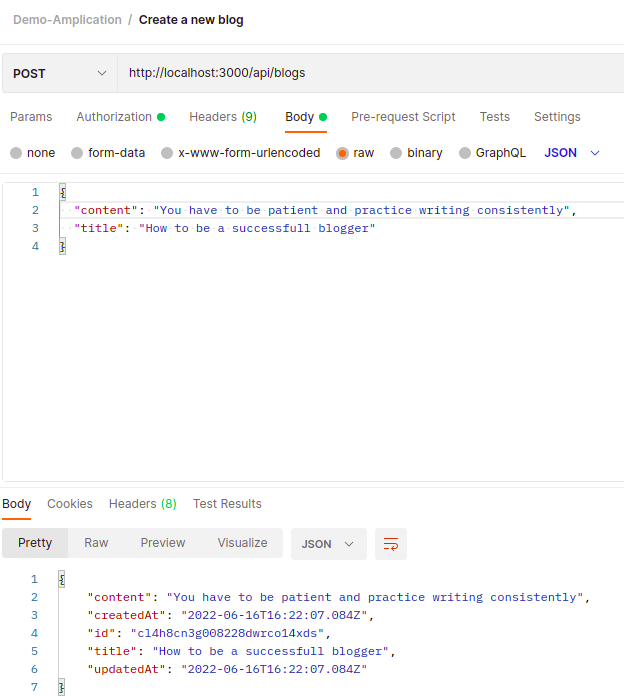 We’ve finished implementing the blog management application. Now, to make sure the application works as expected, let’s write tests for it.

Unit testing helps us make sure the small unit in our product code works as expected. Actually, for unit testing, we don’t have to write the tests from scratch since Amplication already automatically created example test files for us.

Below is the unit testing file to check if the token service works as expected:

Here, we have three tests for “create a valid token if provided valid username and valid password”, “reject when username missing”, and “reject when password missing”. To remove the need to call to the actual implementation of the JwtService we use the “mock” feature provided by the jest-mock-extended library to mock the JwtService class:

Before running each test, you want to clear any data stored in the mock, e.g., initial implementation or mock name. To do this, “mockClear” is called; this is useful to restore the mock back to its original state. Running the test shows the result is “PASS,” as expected.

Let’s try to implement an end-to-end test scenario for our blog management service by using NestJS-supported features for testing. Below is the code for implementing tests to show all the blog posts that the application currently has:

Our blog module has BlogService as the provider, and BlogController as the controller:

Here, we use the “axios” library to make the HTTP request to the API service. The test scenario is this:

Creating a web application that works is not a difficult job. However, having a quality web application is a completely different story. It requires a lot of hard work and effort from the whole team for designing the software architecture, creating the UI/UX design, and collaborating efficiently to meet all the requirements. And the most important part is testing. Only with thorough testing can we make sure the application works as expected. In this article, we went through the best practices and pitfalls that developers need to deal with when working with NestJS. Now, you can apply these lessons to your current projects or future ones. Happy testing!